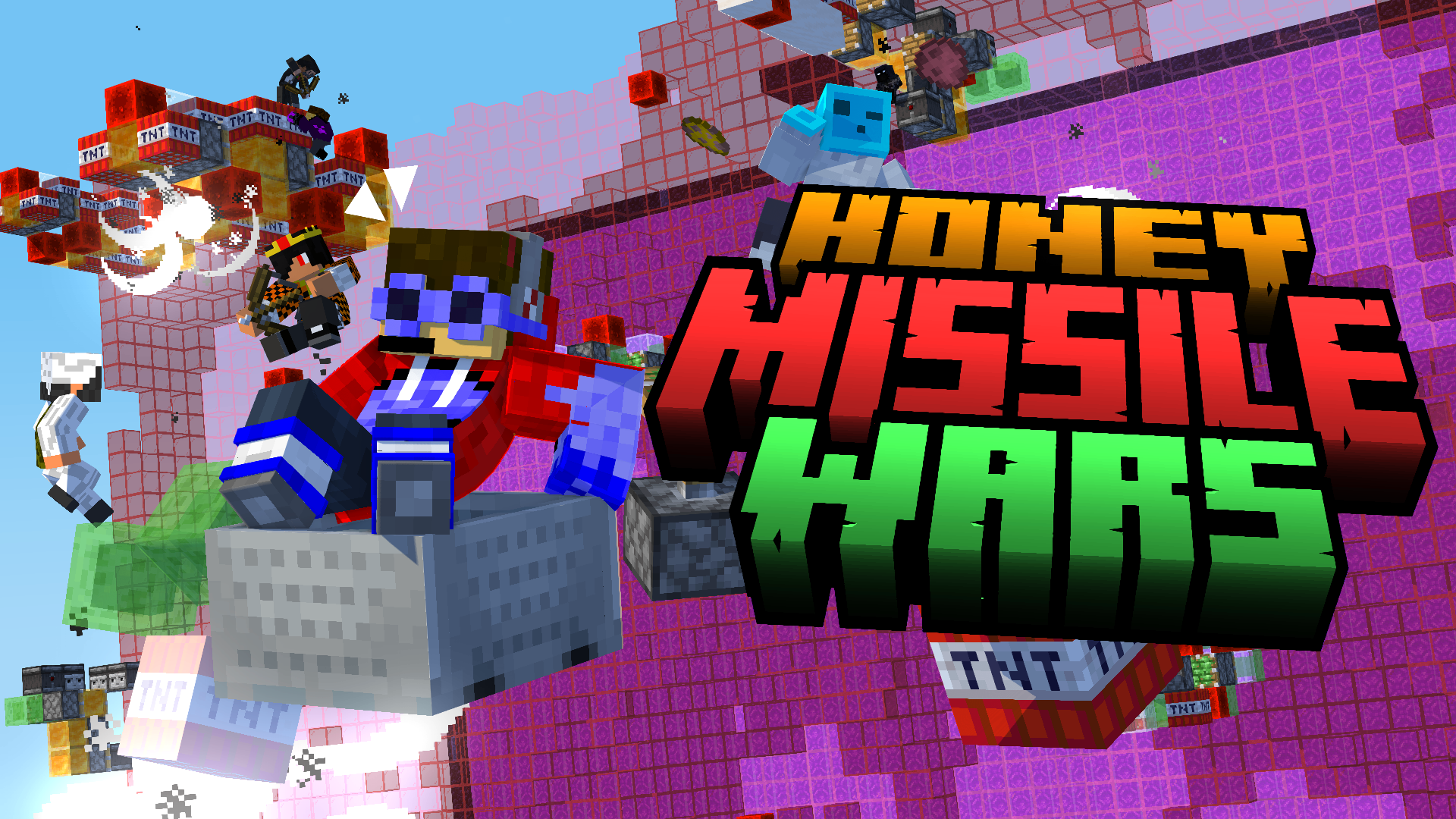 "The most explosive PvP game!"

'Honey Missile Wars' is a remake of the popular map Missile Wars created by SethBling and Cubehamster.
The objective is to blow up the enemy team's nether portal.
Launch missiles towards the enemy walls and ride on them to infiltrate their defenses!

Classic Honey: The original five missiles, but with honey instead!

All Missiles: A mode with all 20 missiles from the other sets, plus a bonus Shield Missile!

Some slight variations on the original include Hill, Valley, Slope, and Cliff. For some more crazy arenas, try out Wall, Island, Bridge, or even Hardcore!

There's also several items that can be obtained in this map!

Elytra: Enable this game setting to play with an elytra! Only catch is that it lasts just three seconds before breaking. Careful!

Shield: Throw this handy shield to deploy a missile-proof barrier!

Fireball: Launch a ball of fire to destroy an incoming fleet of missiles, or even snipe the nether portal through a gap!

You can also adjust the Game Settings to enhance your experience!

Elytras: As mentioned above, enable this setting to unlock the 3-second elytra!

Speed Boost: Not the most interesting setting, but it lets you move faster!

Fall Damage: Turn off Fall Damage in order to do those big plays!